Tokyo completes the trilogy of Araki's first publications (Sentimental Journey and Okinawa : Araki Nobuyoshi) Like the other photobooks this one is made of paired photo diptychs on every page, here put in vertical. The book features black and white city and people images mixed with female nudes.

"When these volumes are viewed collectively, it becomes clear that Araki is working out a series of related ideas across a number of different publications: the public versus the private, the role of the photographer as a reporter, the contrast of the specific and the general, ideas of locale and narrative, and the very function of a photobook... Neither Okinawa or Tokyo includes Yoko, but they do address a different everyday life. Both are small format, and on each spread two photographs about one another with no partitioning space between them, either side by side or one above the other. A generous amount of white space surrounds the pair, reinforcing the idea that they should be considered simultaneously, or even as one continuous image... In Tokyo, a tall and slender volume, two photographs are set flush together in a vertical layout, splitting the top and bottom into two parallel series. (Araki employs the same layout structure in Okinawa but pairs plates side-by-side instead of vertically.) The upper images are a snapshot taken with a telephoto lens of people waiting for the light at the other side of a cross walk. Below them are photographs of a nude woman either posing, or engaged with someone. A text by critic Koji Taki, "Reading an Invisible City," is reproduced on the cover of the book, like one page of a newspaper."--Kaneko & Vartanian, Japanese Photobooks of the 1960s and 70s, p. 110 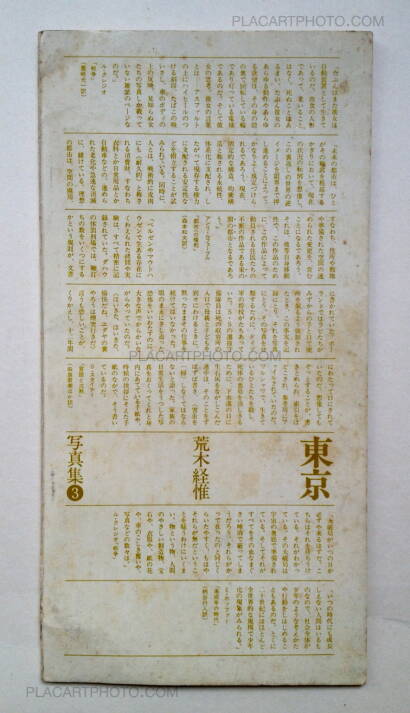 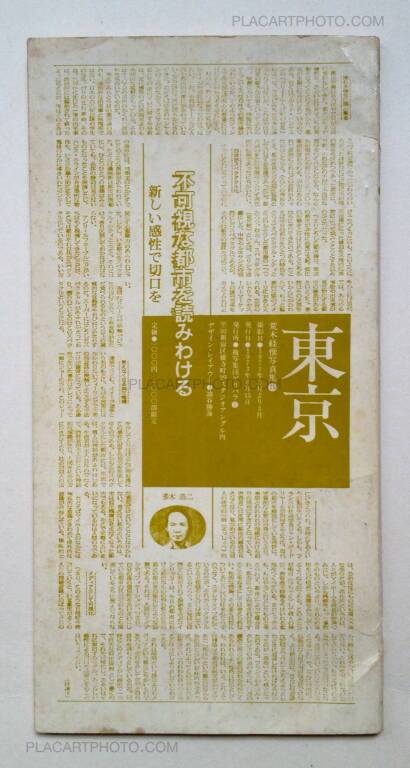 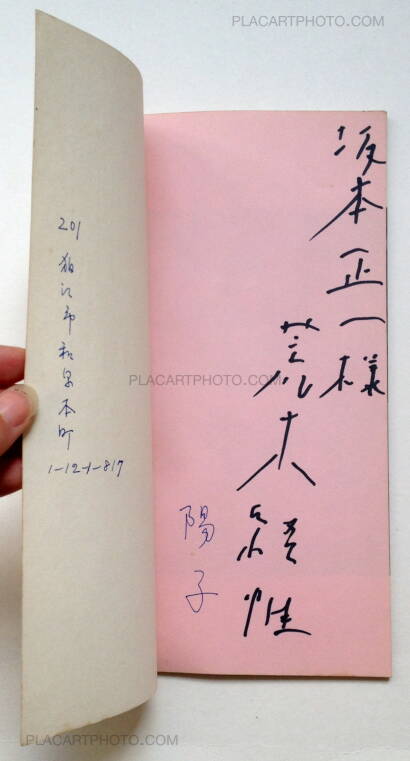 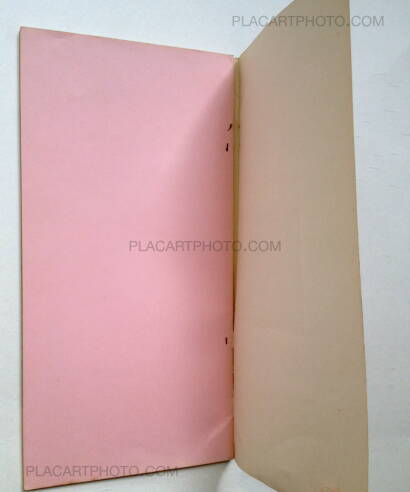